The Church of the Annunziata

The Church of the Annunziata it is perhaps the most beloved building, which the Guarene people are more proud of. This church, like the one dedicated to St. Rocco, was located just outside the walls, near the gate of Val di Villa on the road that led to Alba.
The current church was built between 1699 and 1738, based on a project by architect Francesco Rachis Count of Carpeneto. In the same area there was already an older place of worship, which had undergone various changes over the centuries to adapt the church to the increase in population.

A valuable example of 18th century sacred architecture, the building has a Greek cross shape and is made in Baroque style. The interior stands out above all for the pictorial works that completely fresco the walls, the sails and the dome of the church. As an example, we can mention the fake architectures, the fake marbles, and an altarpiece depicting the Annunciation, a youthful work by painter Guglielmo Caccia, also known as Moncalvo. 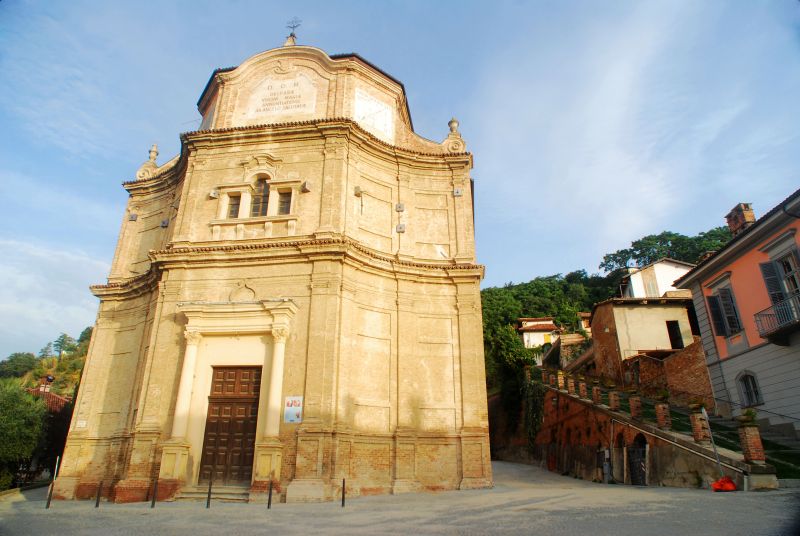 The Church of the Annunziata was the seat of two religious companies, one of men, characterized by a dress made up of a turquoise blue bag, and one of women, called the “Umiliate”, who wore a light yellow monastic dress.
For some years, the church has been the subject of major consolidation and restoration work. Testimony to it was an imposing metal structure placed on the main façade, designed and built in collaboration with the Polytechnic of Turin, which had the function of supporting the building.