In 2013, in the heart of the historic centre under the archway of St. Michael, the ancient doorway to access the town, the Saint Michael Art gallery was established.
The space that is now an art gallery was used as a prison until the 18th century and then as a stable and public depot for every manner of objects; for decades it was abandoned and neglected.

After volunteers emptied and cleaned out the area and the ensuing renovation took place by the Malabaila and Arduino companies, the antique rooms, now equipped with doors and lighting, were set up as an art gallery taking the name of the nearby Saint Michael church, with its insignia dedicated to Archangel Michael, and acquiring the décor needed to host not only solo art shows but also photography exhibits and expositions of traditional local products. 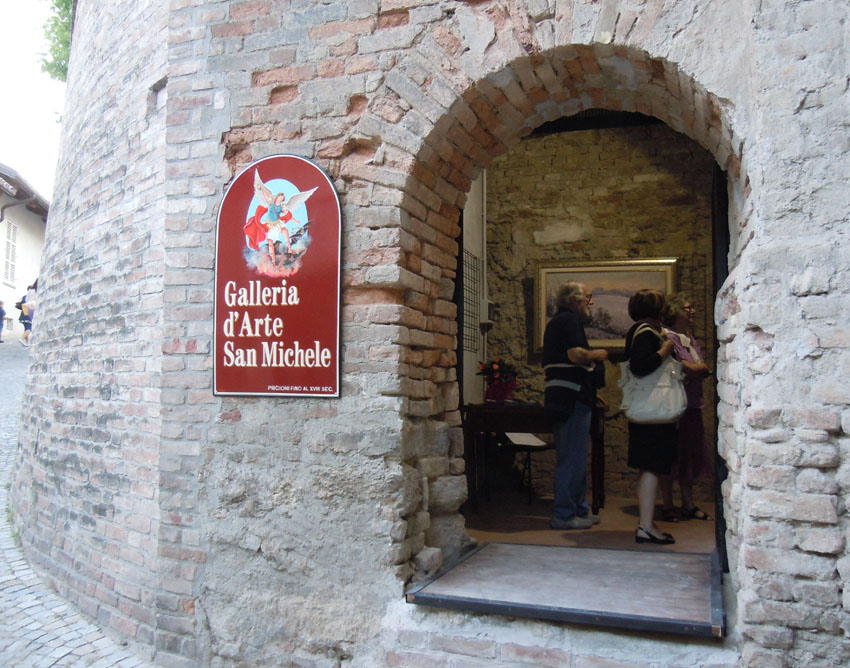 « Our Lady of Graces Church Palazzo Re Rebaudengo »