“Piazza Roma” is the hub of the community life; in the past, however, it was not like that: instead of the square there were buildings that faced the street connecting the town centre with the gate Val di Villa, located near the Church of the Annunziata.

The Town Hall, built in the 19th century, overlooks the square on the site where there were a “tinaggio” or “tinaia”, a facility for crushing and fermenting the must in barrels, owned by the Roero family, and, later, a theatre provided with stands and seats, which reflects the passion of the inhabitants of Guarene for plays.
Another element that characterizes the square is the Palazzo Re Rebaudengo, the first location of the “Fondazione Sandretto Re Rebaudengo”.
The Palace is an eighteenth-century historical residence, the result of successive edifications, which have changed its internal structure over time. 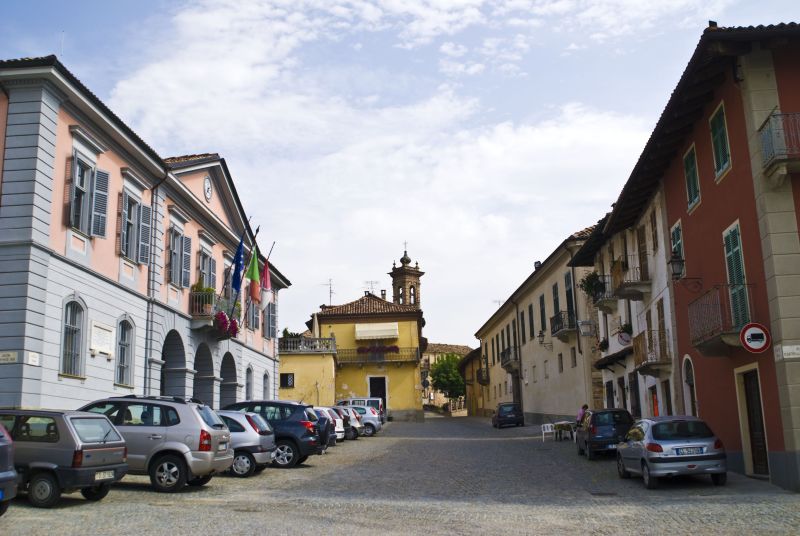 After years of neglect, a restoration project in 1997 allowed its transformation into the Museum of Contemporary Art of the Sandretto Re Rebaudengo Foundation.
Within the museum building are also noble rooms used for exhibitions and new spaces that host art workshops for young emerging artists.