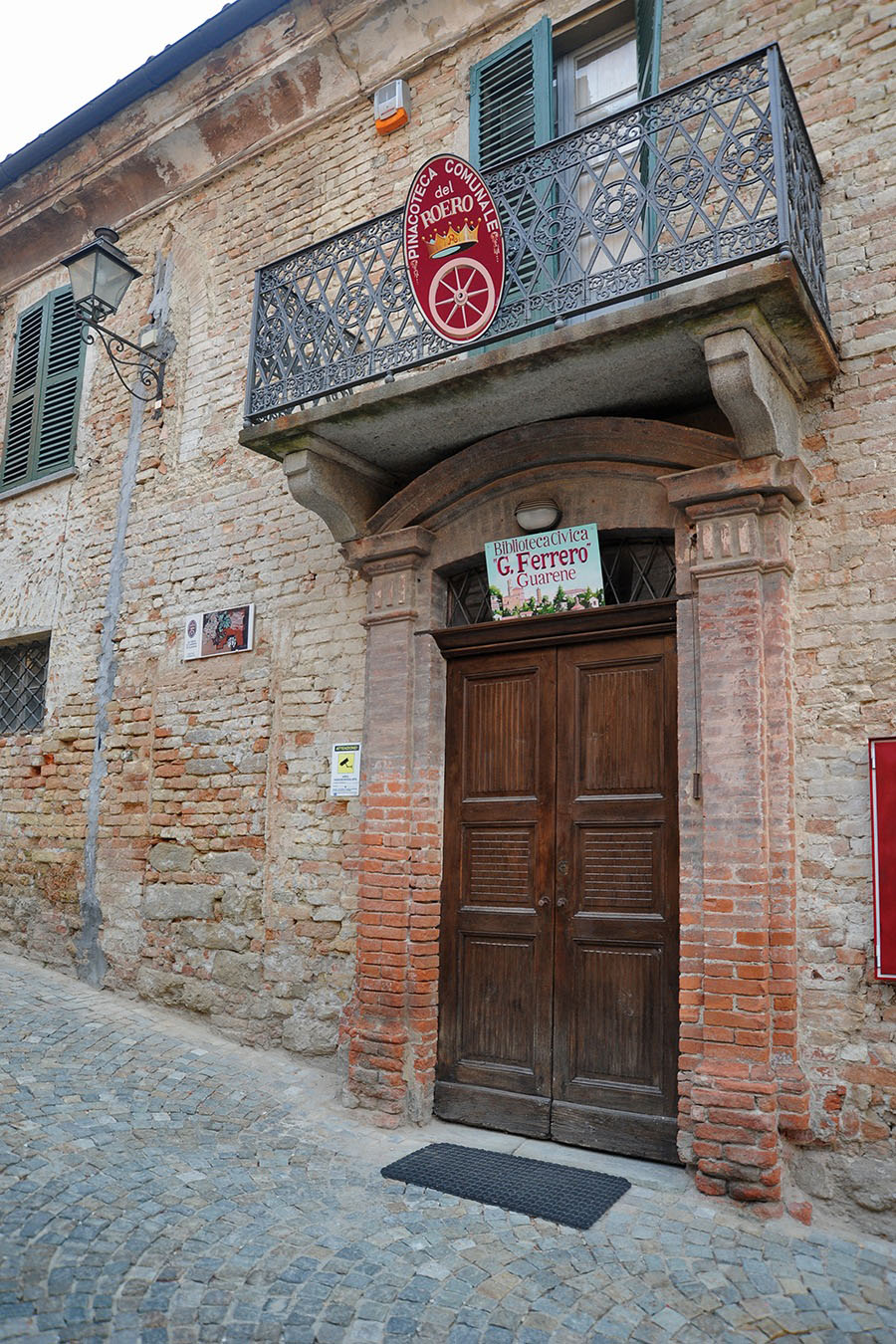 The collection started in 1975 from a project by the Guarene painter Dino Pasquero, director of the Art Gallery. That was the year of the first National Painting Competition “OMAGGIO A GUARENE”, which involved the execution “en plein air” of a work of art on the theme “Characteristic aspects of Guarene (landscape, customs, and traditions)”.
The first winner, chosen by a jury of experts, was the painter Gianni Sesia della Merla and his painting, a representation of one of the most beloved architectural beauties by the Guarene people, the Church of the Annunziata, marks the beginning of the collection.

The event, much appreciated by the Guarene people, as well as by the local and specialized press, was repeated in the following two years, but its rules were revised: the works displayed in the competition after admission had to be made in the studio.  The awarded painters were Alfredo Ciocca in 1976 and Carpiè in 1977.
After 1977, despite the growing success of the event and the commitment of the organizers, the artistic event in Guarene, which included the extemporaneous “Homage to Guarene” and the “Guarene Painting Award”, was suspended for a decade.

In 1987 Dino Pasquero met Renato Fresia, mathematician, but, above all, local historian, and shared with him the project, which, although abandoned for years, he had continued to cultivate like an unattainable desire. Dr. Fresia pledged to support, both personally and through the Library, the Painting competition and the Art Gallery, which was a work in progress.

Therefore, the “Premio di Pittura Comune di Guarene”,or “City of Guarene Painting Award”, was resumed, profoundly renewed by decision of the Municipal Committee: a jury was charged with selecting, from year to year, nationally renowned artists who were considered particularly deserving, to whom to award the gold medal offered by the City of Guarene. Each winner donated one painting to the Art Gallery, chosen at their discretion. In 1988 the award was given to painter Romano Campagnoli.

By resolution of the Hill Community, on October 29, 2003 the Art Gallery was named “Municipal Art Gallery of the Roero”.

In June 2010, the collection, hosted until 2004 on the ground floor of Casa Casavecchia in one of the halls of the Civic Library, and then temporarily moved to the Town Hall, finally found a permanent location on the first floor of the historic building that also houses the library.

The stately home spread over three floors dates back to the end of the fourteenth century, as evidenced by the arch found on the facade during renovations. Remodelled several times, the current structure dates back to the 18th century.

The building, which belonged to notary Soffietti, and then to the Casavecchia family, was purchased at a symbolic price by the City in the eighties and destined for the Civic Library and for various associations. The ancient bedrooms of the house, which today host the collection, welcome visitors to an old-time atmosphere. 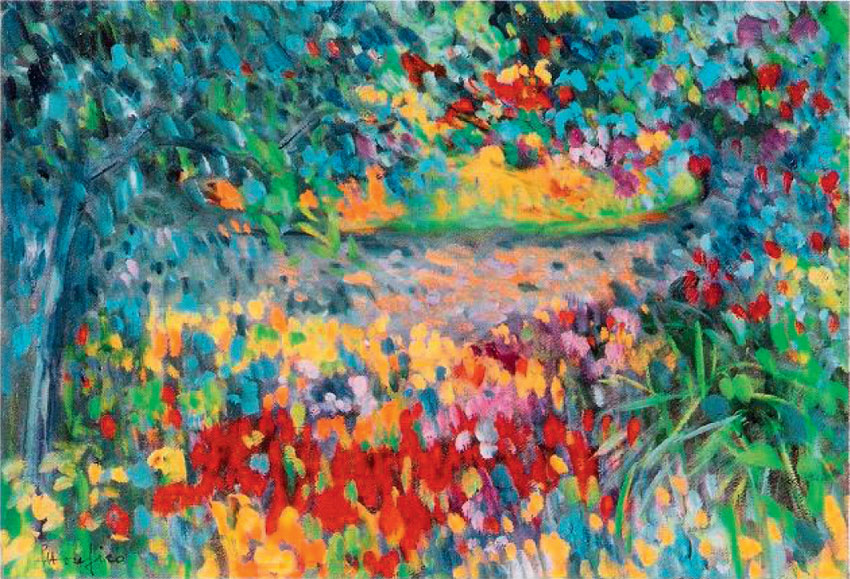 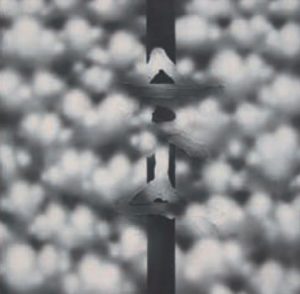 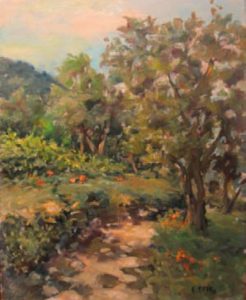 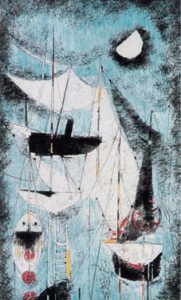 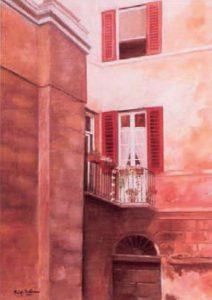 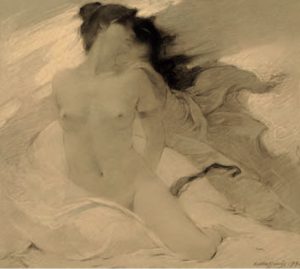 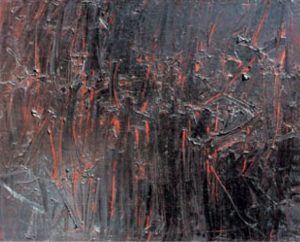 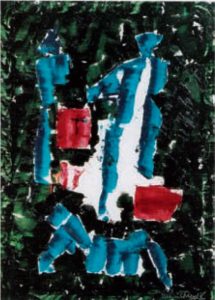 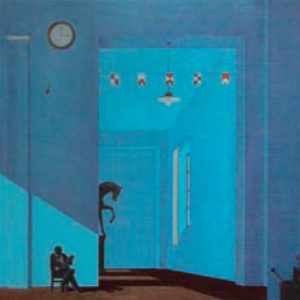 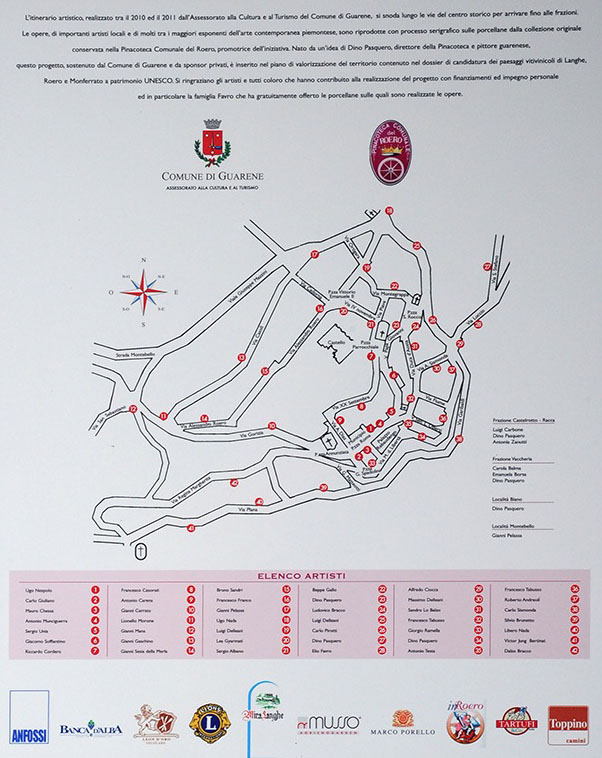 The artistic itinerary, started between 2010 and 2011 by the Councillorship of Culture and Tourism of the City of Guarene, winds along the streets of the historic centre following a mapped path that begins and ends on the main square, which is overlooked by the town hall and by the Church of the Annunziata. Even the fractions have been artistically enriched with the porcelains.

The 50 works, created by local artists and by many of the greatest exponents of the contemporary Piedmonts art, are, in fact, reproduced on the porcelains with a serigraphic process; the original collection is kept in the Municipal Art Gallery of Roero, promoter of the initiative.

The project is included in the plan for the valorisation of the territory contained in the application of the wine-producing landscapes of Langhe, Roero and Monferrato to be recognized a UNESCO heritage site.
We would like to thank the artists and those who contributed to the realization of the art itinerary with funding and personal commitment, in particular the associations, the private sponsors, and the Favro family who freely offered the porcelains on which the works are reproduced.

It was Dino who expressed the desire to embellish the entire historic centre with paintings, keeping in mind the Bossolasco signs, which had been very successful bringing art, fame and beauty to the small town of Langa.

Initially, it was thought to associate the theme of each work to the craft or prevailing characteristic of each street, and then to produce artistic plates to be applied under the civic indications. However, looking for an appropriate theme and forcing the artists to represent it, would have meant to limit their freedom of expression. This is why the artists contacted by Dino were asked to create a subject on the broad and general theme of Guarene and Roero, at their discretion.

“Artistic Porcelain” was the name that Dino thought for the project: the works of the painters would be printed on rectangular ceramics, which would then be baked to make the colours indelible to time and weather.

The generosity of the artists and their families was prompt: the Favro family, consulted on which ceramics were suitable, not only found the material, but supplied all the porcelain for free.

There are no doubts on who made the first drawing: Dino went to work with irrepressible enthusiasm and drew the portrait of Renato Fresia, a local historian who had dedicated lengthy studies to Guarene in order to discover the mysteries of our distant past and who was one of the founders of the Civic Library who supported Dino, encouraging and helping him to carry on the project of an Art gallery in Guarene, abandoned in the seventies.

With sharp outlines over the transparent and impalpable background of the silhouette of the hill with the castle, lie the features of Renato’s face and the drawing of the house with the illuminated window, the window behind which he used to sit while cultivating his passion for history.

None of the artists contacted rejected the proposal; on the contrary, they all immediately joined with extreme generosity. The first to be contacted were the friends of all time: Carlo Giuliano, Alfredo Ciocca, Gianni Sesia della Merla and, as already mentioned, Giorgio Ramella.

The initial project was to collect twenty works to be distributed along the most important streets of the historic centre. The only cost to be borne was the transfer of the drawings on porcelain, for which the municipal council allocated a small sum. The project was welcomed by the administration, which included the cultural and tourist importance of the investment, in addition to our unstoppable passion. The relevance of the project grew with the inclusion, in November 2010, of the “Artistic Porcelains” to the application of the wine-producing landscapes of Langa, Roero and Monferrato to become a UNESCO heritage site among the valorisation plans presented in support of the Roero. Many of the subjects represented by the artists are linked to the Roero, its traditions, the wine landscape, the grapes and the work of the winemakers, often associated to the architectural beauty of the historic centre of Guarene, in line with the characteristics required by the project. The originality of the project was highlighted, which aims to attract even those visitors who are generally not interested in art, by intriguing them, arousing their attention on issues related to the territory, its tradition and its landscape, as well as by inviting them to visit the Art Gallery to admire the original works displayed.

The participation of Ramella and Giuliano made us dare where we would never have pushed our ambitions: Dino began to involve the most prestigious names in the Art Gallery and, speaking with them, he was surprised to see them welcome the proposal enthusiastically, as well as sincerely congratulate him for the initiative.

Even the families of the artists no longer living responded by donating a work of their relatives, complimenting Dino for the project and thanking him for remembering and involving them.

With regret, we learned of the death of Ottavio Mazzonis on the very same week when we should have visited him to pick up his work. Despite our attempts, we could not contact any of his relatives. Who knows if in his studio there is a creation destined for Guarene? Probably we will never know.

Unlike the artists and their families, who welcomed the proposal of the Art Gallery of Guarene with open arms, various foundations did not understand the importance of the initiative as a tribute to the memory of the deceased artists and, certainly, did not take any action to protect and enhance our artistic heritage, sometimes even responding in a pedantic way.

The Colours of the Roero – Carlo Giuliano

The Gold of Roero – Mauro Chessa

The castle of Guarene – Riccardo Cordero

I decide the distance from the sky – Antonio Carena

Lights and shadows on the snow – Gianni Mana

Party in the square – Gianni Sesia

Once upon a time in Vaccheria – Giuseppe Ludovico Bracco

The Madonnina watches over the plain – Carlo Pirotti

The awakening of the undergrowth – Francesco Tabusso

A view of Alba – Silvio Brunetto

Our Lady of Grace – Libero Nada

Spring in the Roero – Dalzo Bracco

Castelrotto between present and past – Luigi Carbone

Memory of a farmer from Vaccheria – Carola Balma 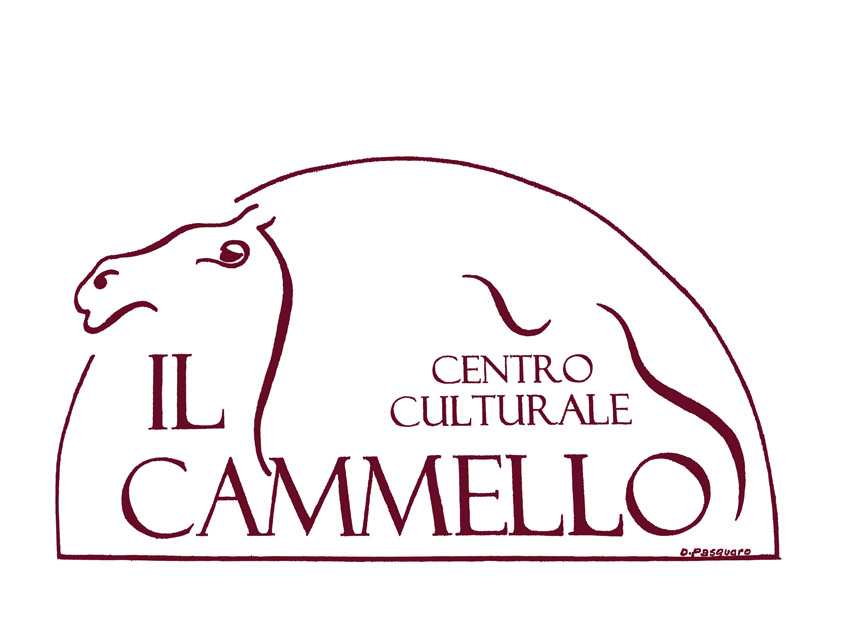 With Resolution 49/2013, on December 30th, 2013 the City Council approved, by unanimous vote, the convention for the assignment of the Municipal Art Gallery of the Roero to the Cultural Centre “Il Cammello”, an association established on November 27th, 2013 with the specific purpose of taking care of management and exhibitions, as well as of assisting visitors, growing the collection and spreading the knowledge, enhancing the entire museum itinerary of the historic centre of Guarene.

Set up as a non-profit organization on voluntary basis, the association includes a commission of art critics and experts in the field, whose opinion the president and the board of directors rely upon.

Among the numerous cultural initiatives in the project are the personal exhibitions of the artists in the Art Gallery.

Certainly, the most ambitious and engaging challenge is to capture the interest of an ever-growing public towards the rich artistic and historical heritage of Guarene, trying to attract the visitors and the curious, especially the younger generations.